Here you can find the latest news and press articles. 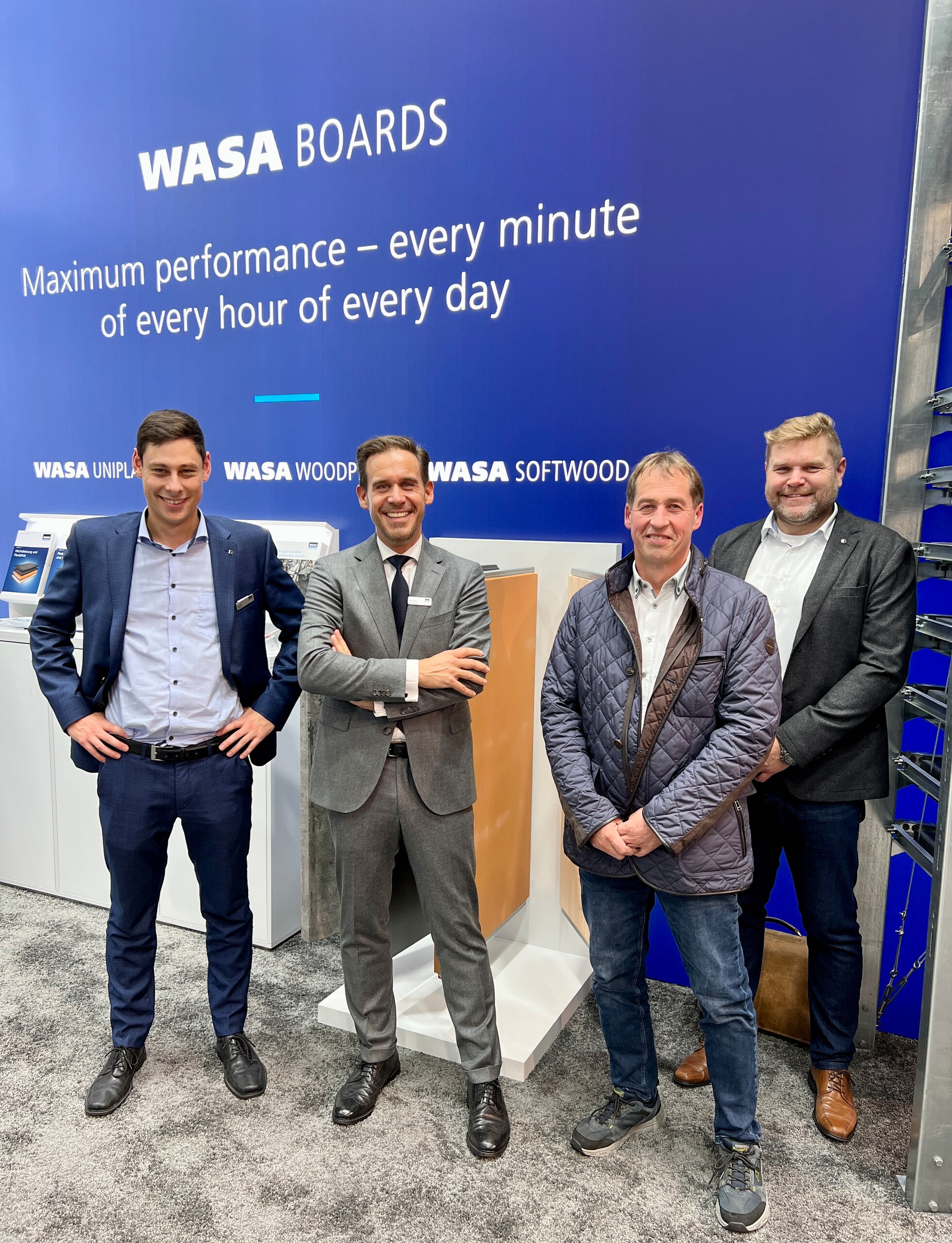 GmbH from Hünfeld in northern Hesse and Wasa AG based in Darmstadt announced their cooperation in the field of softwood production boards. Both companies are now focusing on their specific core ... 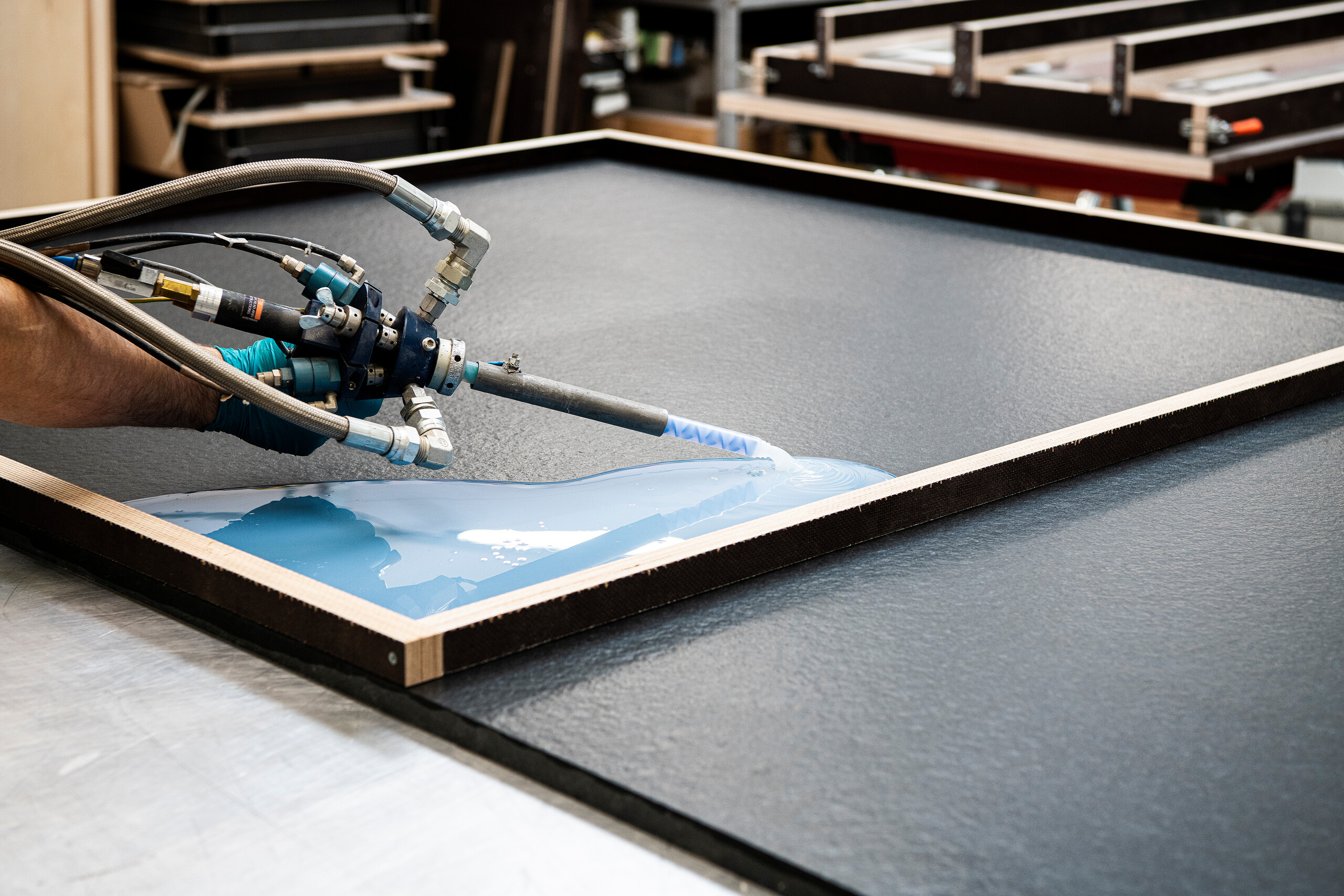 The concrete block industry is never short of ideas. Wetcast moulds made of polyurethane are an excellent way to realise even the most complex geometries and surfaces in concrete. 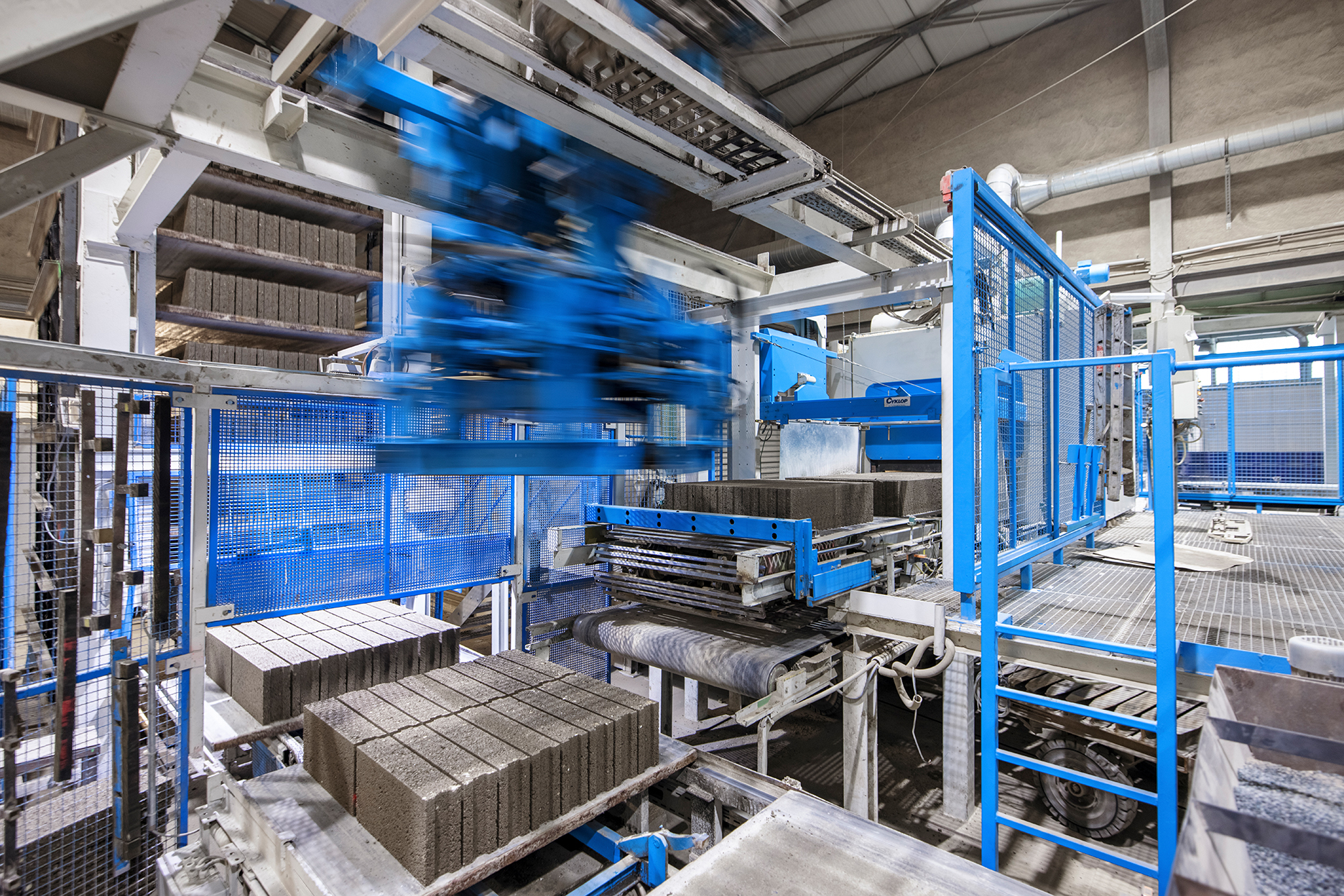 Delfing Baustoffwerke GmbH & Co. KG has been successfully manufacturing its products for almost 20 years now on all-plastic boards made by Wasa. 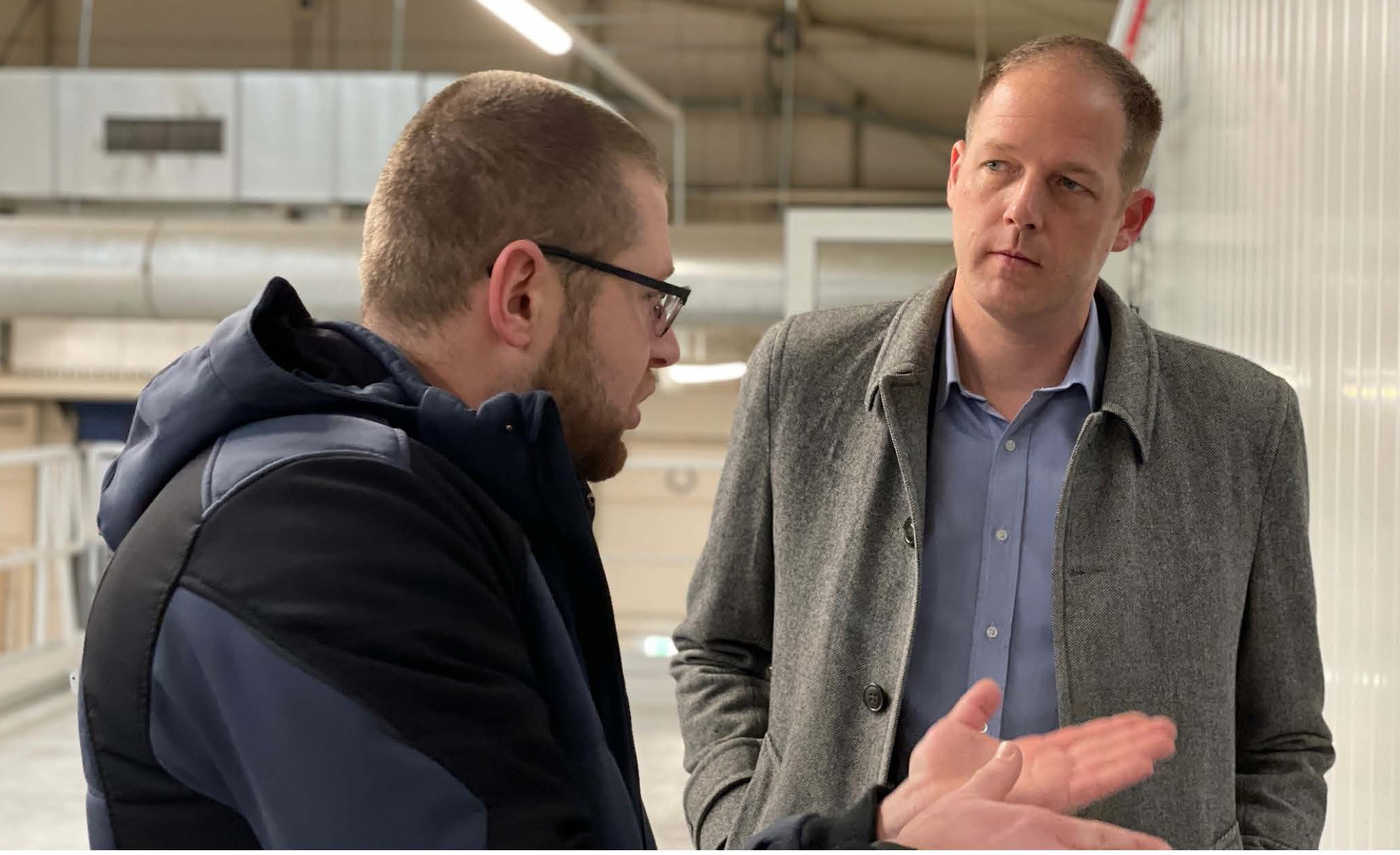 The terms research and development are emblazoned on the flags of every modern company. To what extent this is also put into practice is often a different matter. When a company like Wasa... 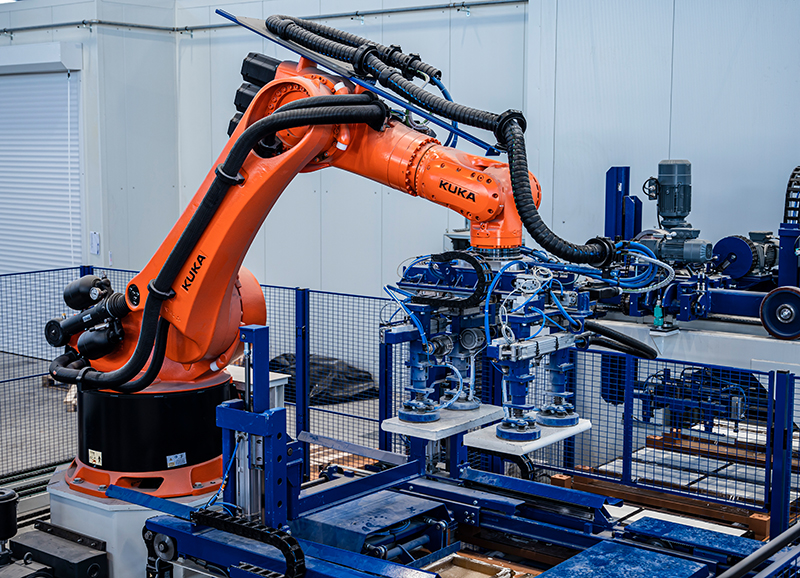 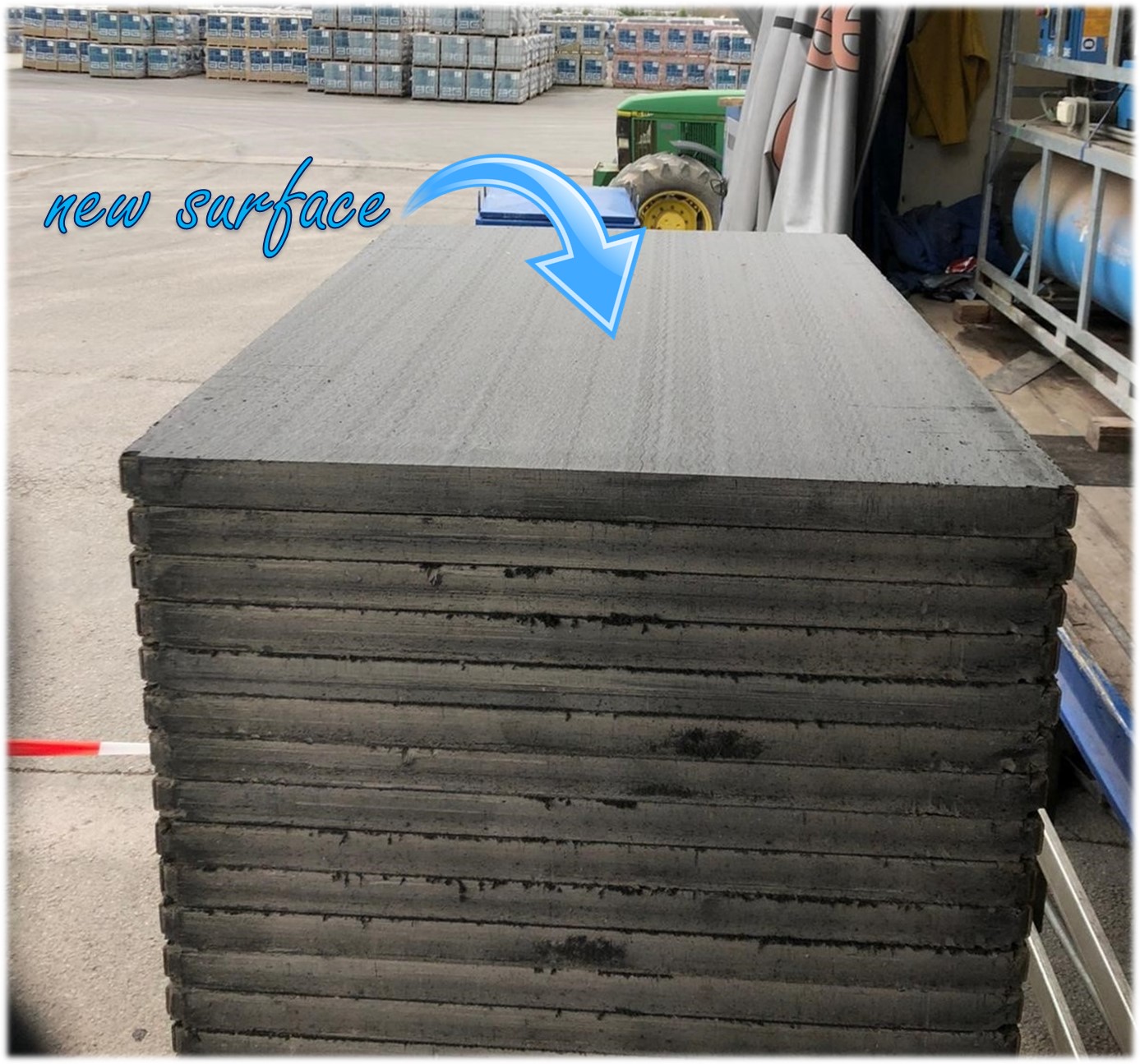 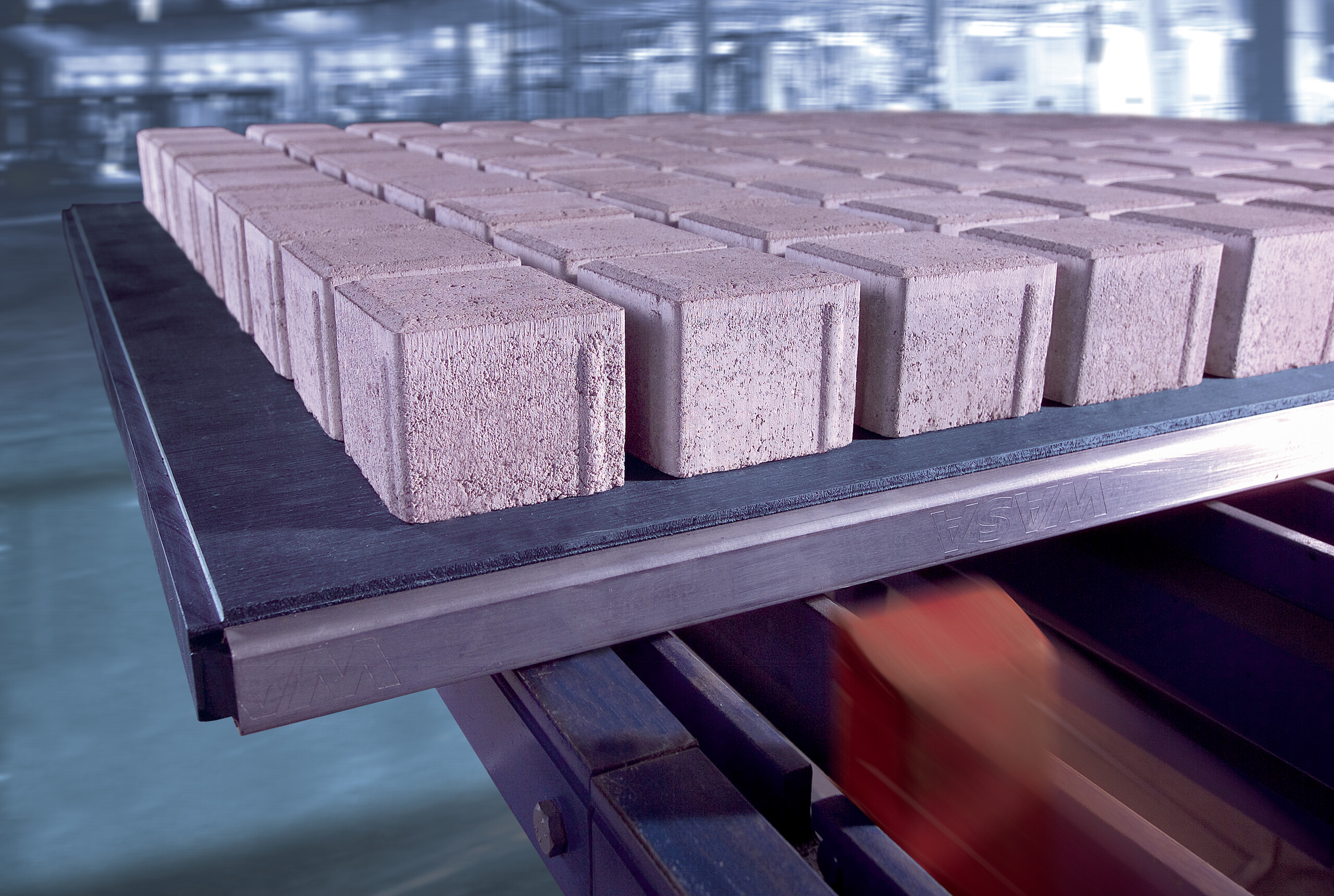 FCN Franz Carl Nüdling Basaltwerke GmbH + Co. KG is a medium-sized family business with its headquarters in Fulda, in the state of Hessen, Germany, that can look back on decades of successful... 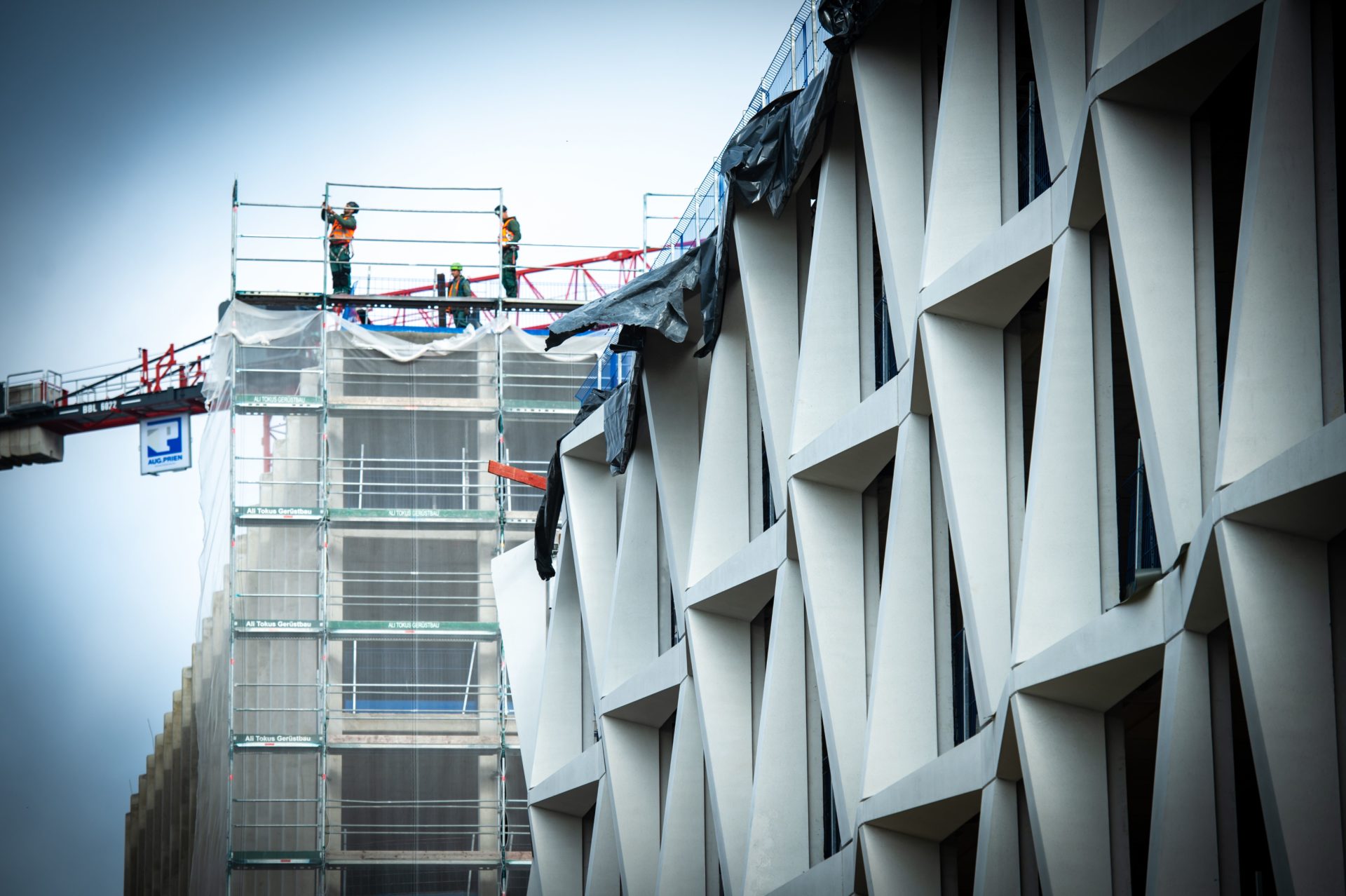 The Wasa Construct division is becoming increasingly important within the Wasa group. Only small formats were manufactured in the first years of polyurethane mould production, but now the share... 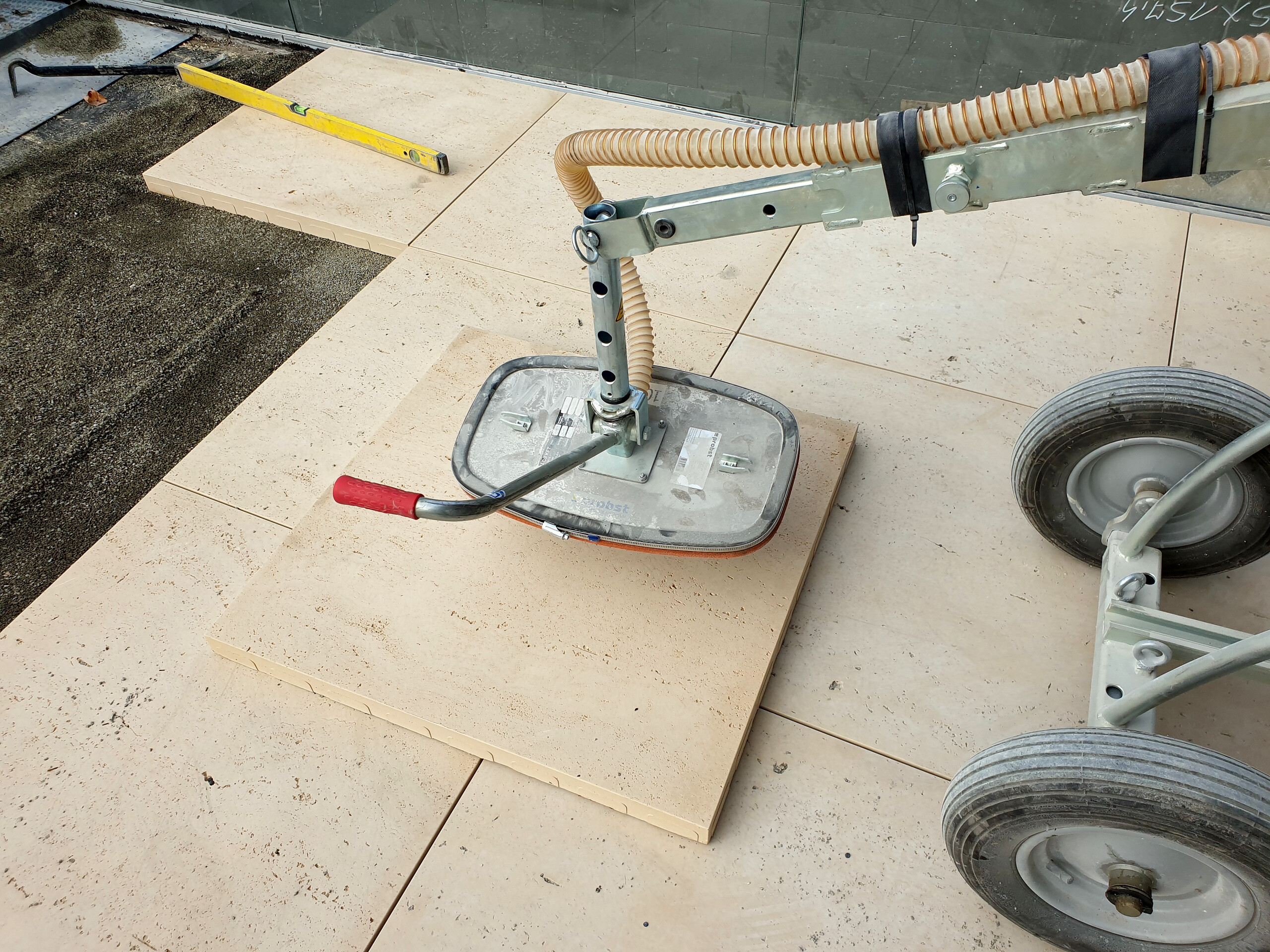 The currently high demand for building materials helped to fill the order books of the concrete product manufacturers as well. 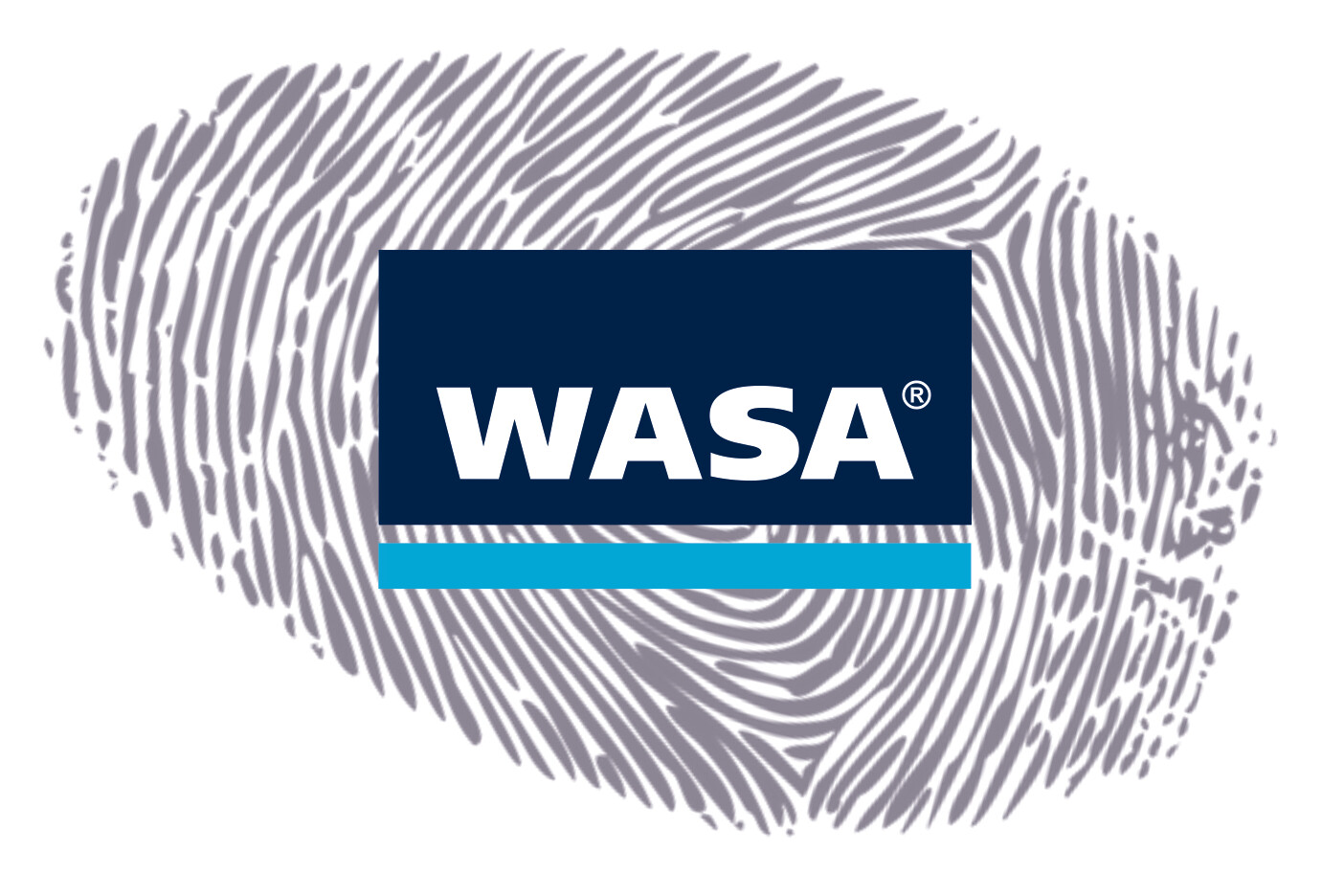 Unequivocal production board identification with RFID

The importance of Industry 4.0 is also increasingly gaining in significance in the field of concrete block product manufacturing. What was originally perceived as a technology to be found...... 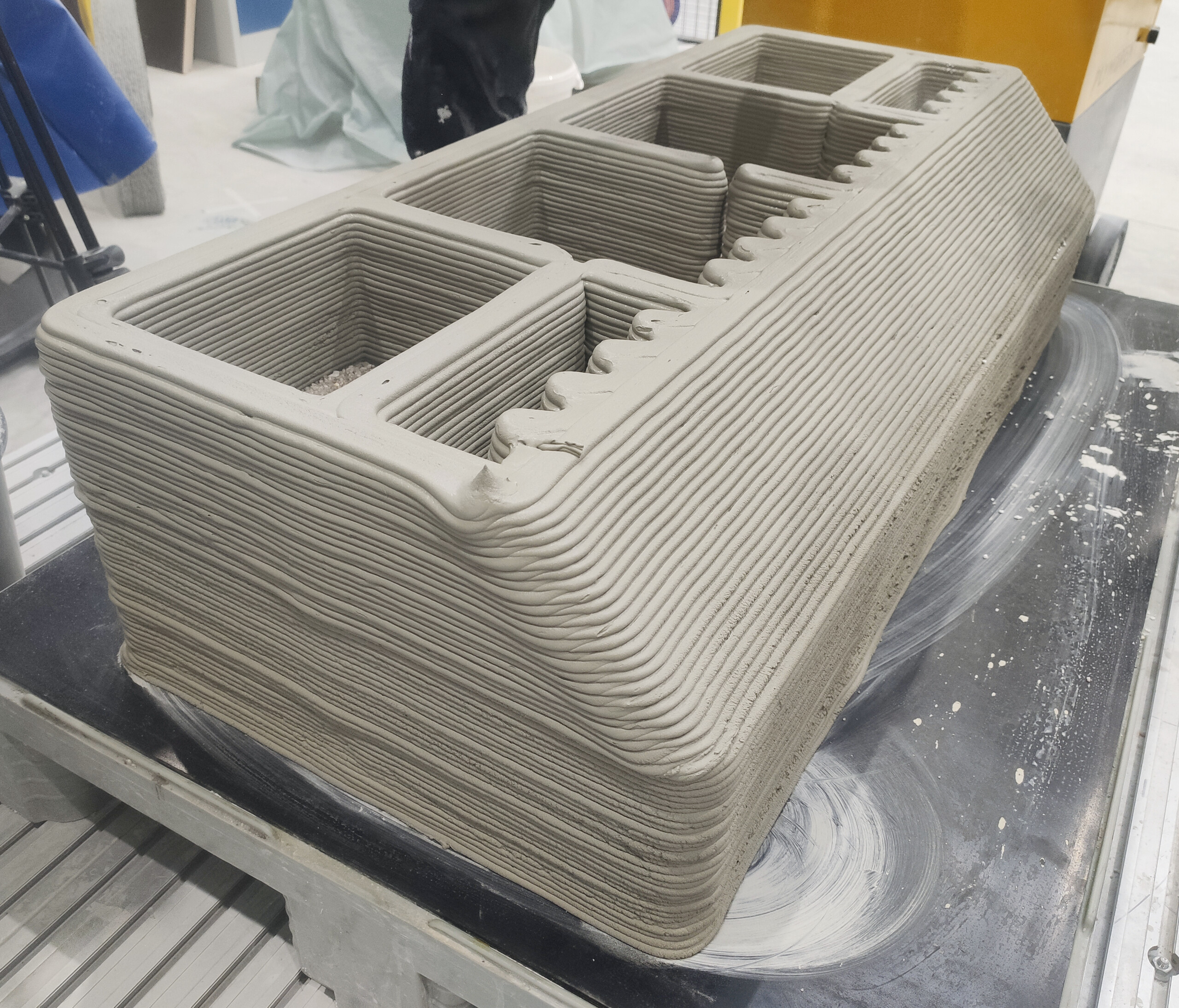 The demand for high quality as well as precast concrete elements with complex geometries has been continuously increasing in recent years. Milling from polyurethane is a leading technology... 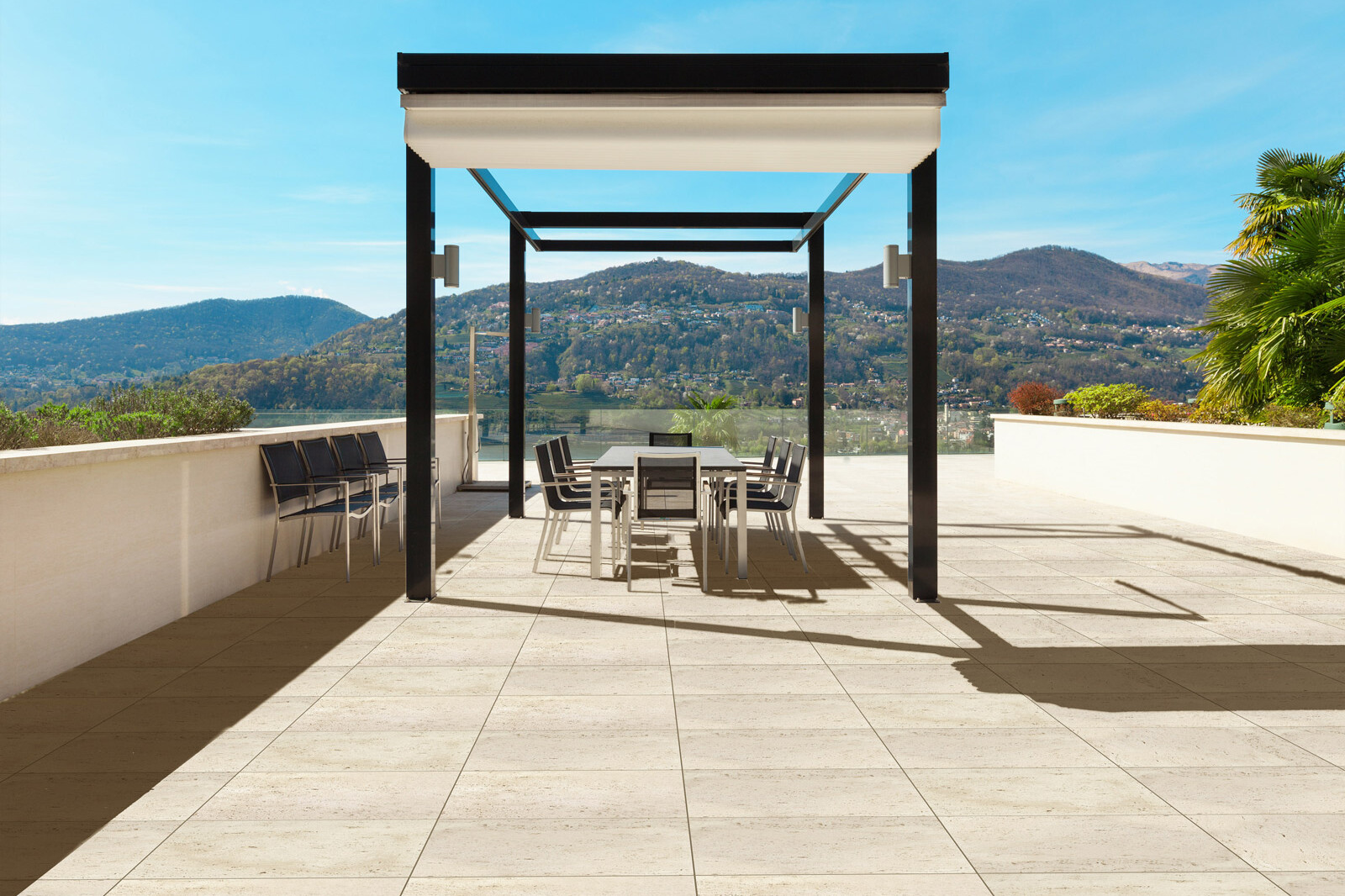 The current high demand for construction materials has given rise to full order books for concrete product manufacturers. Concrete products manufactured for gardening and landscaping using the... 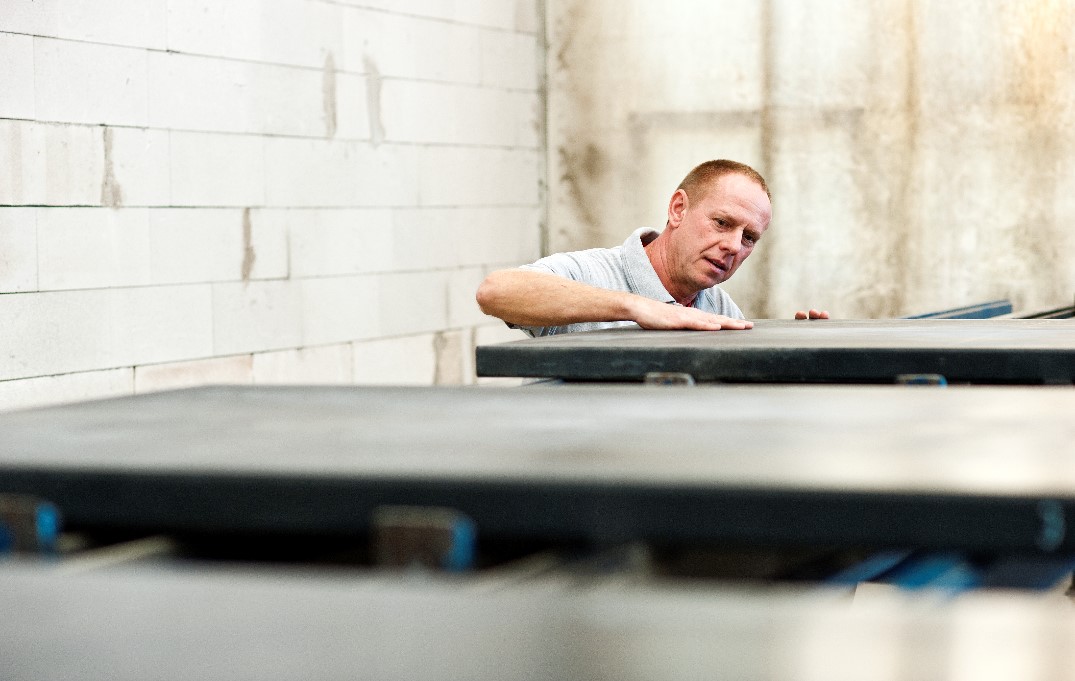 Sustainable and reliable production boards for the concrete block industry

In 1991, Wasa Unterlagsplatten GmbH, now Wasa AG, introduced a new and innovative plastic production board to the market. Even then, sustainability played an important role and a recycling... 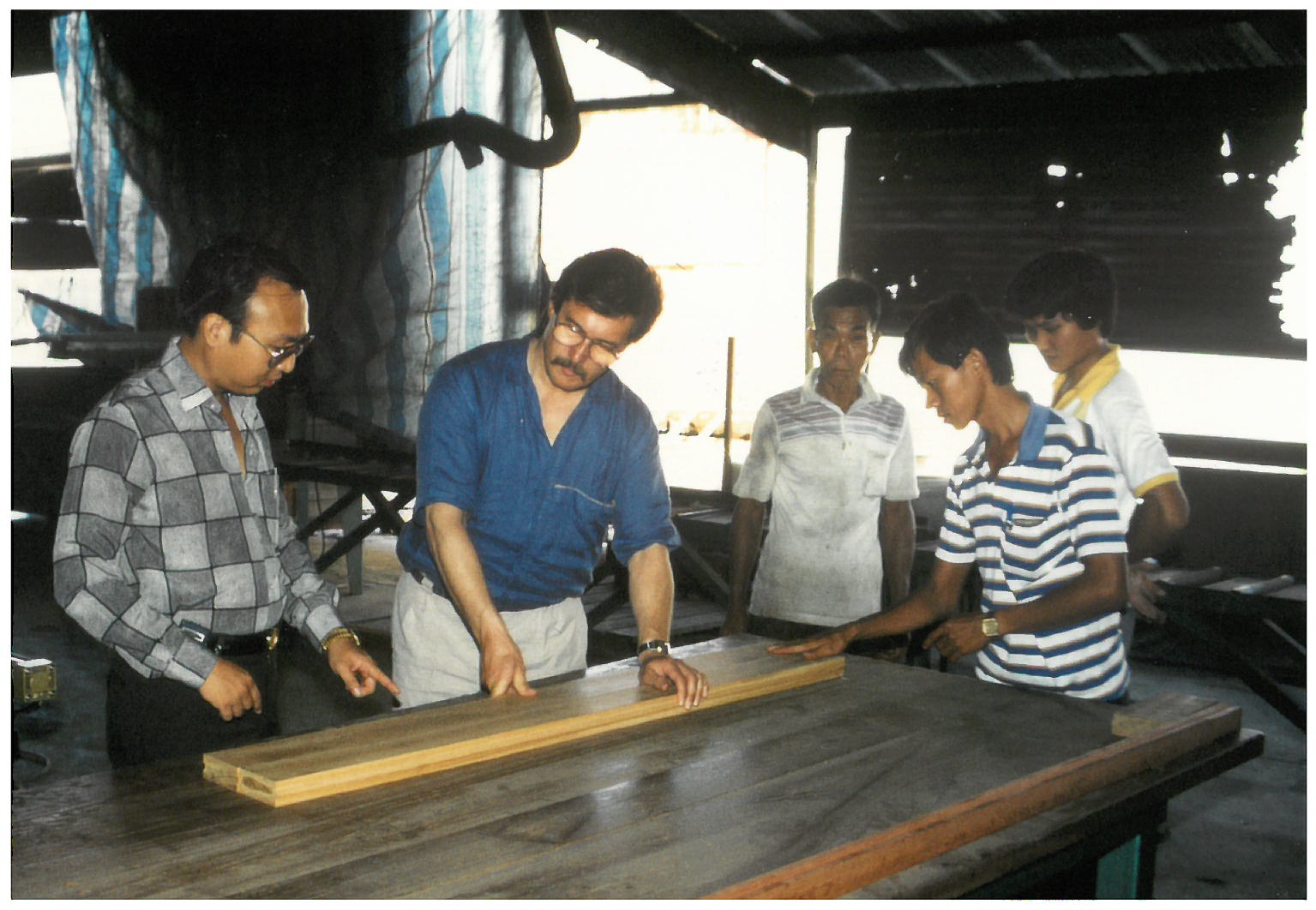 Wasa has been the embodiment of high-quality production boards for the concrete block industry since 1960. It was founded by Walter Salje – the Wa-Sa company name is derived from his initials –... 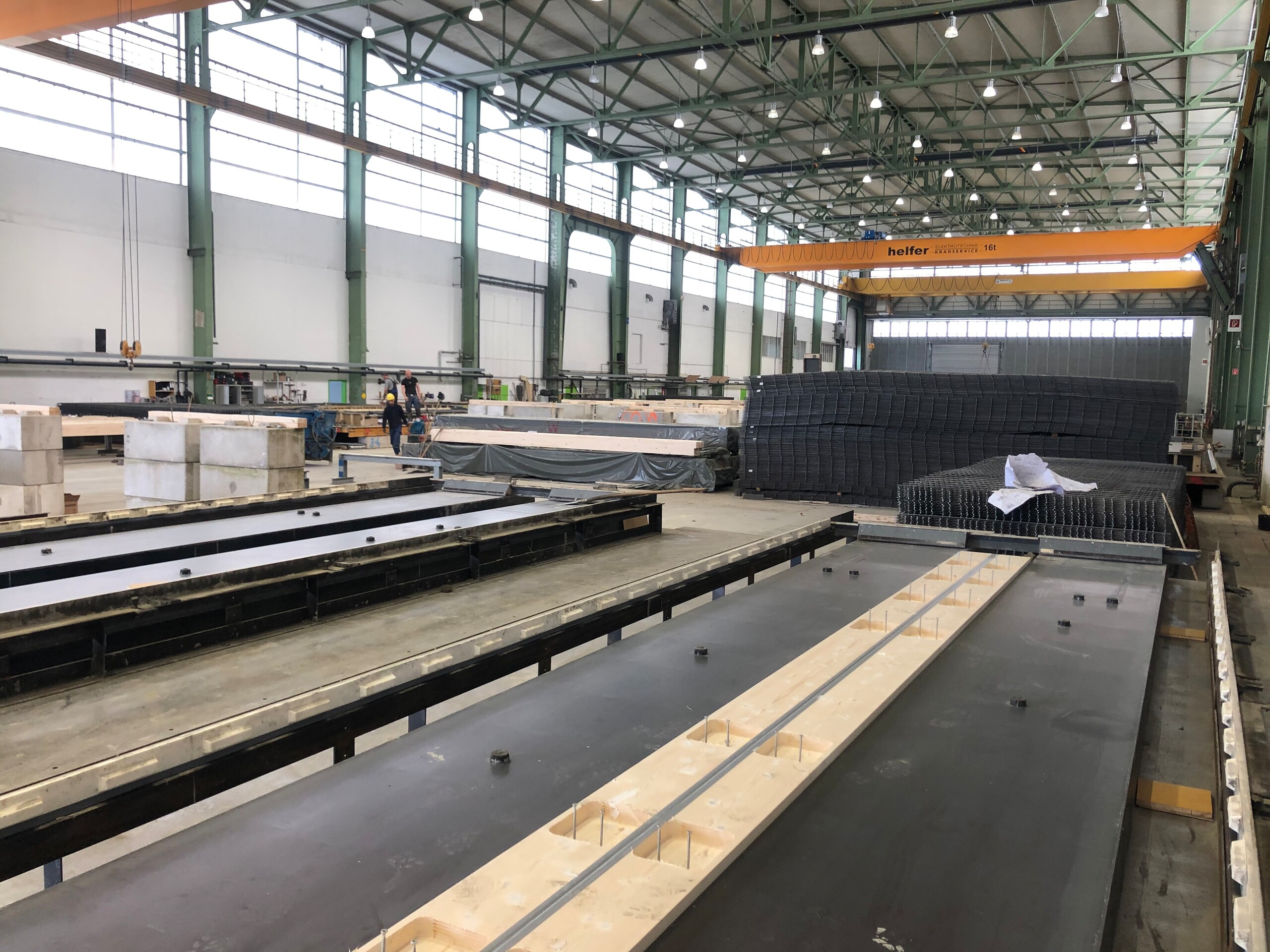 Solution-oriented system of formwork and liners for flat concrete elements

Ambitious architecture for modern facades is hardly possible without the building material concrete. The shell of a building is evolving from the classic insitu concrete form-work to prefabricated ... 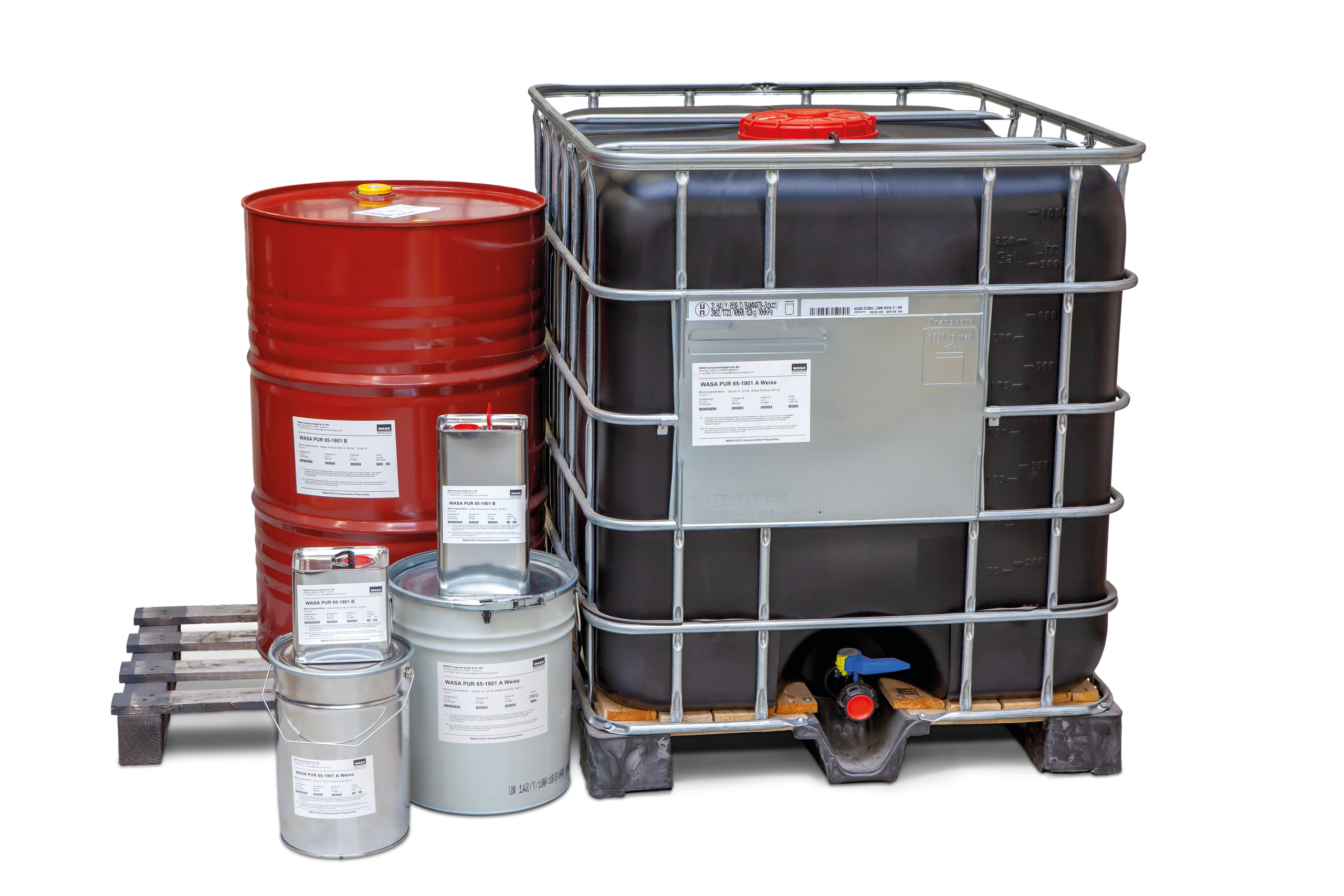 The challenge of manufacturing wetcast molds with simple means for a small series, or for implementing a creative idea in stone, is taken up by creative concrete manufacturers. 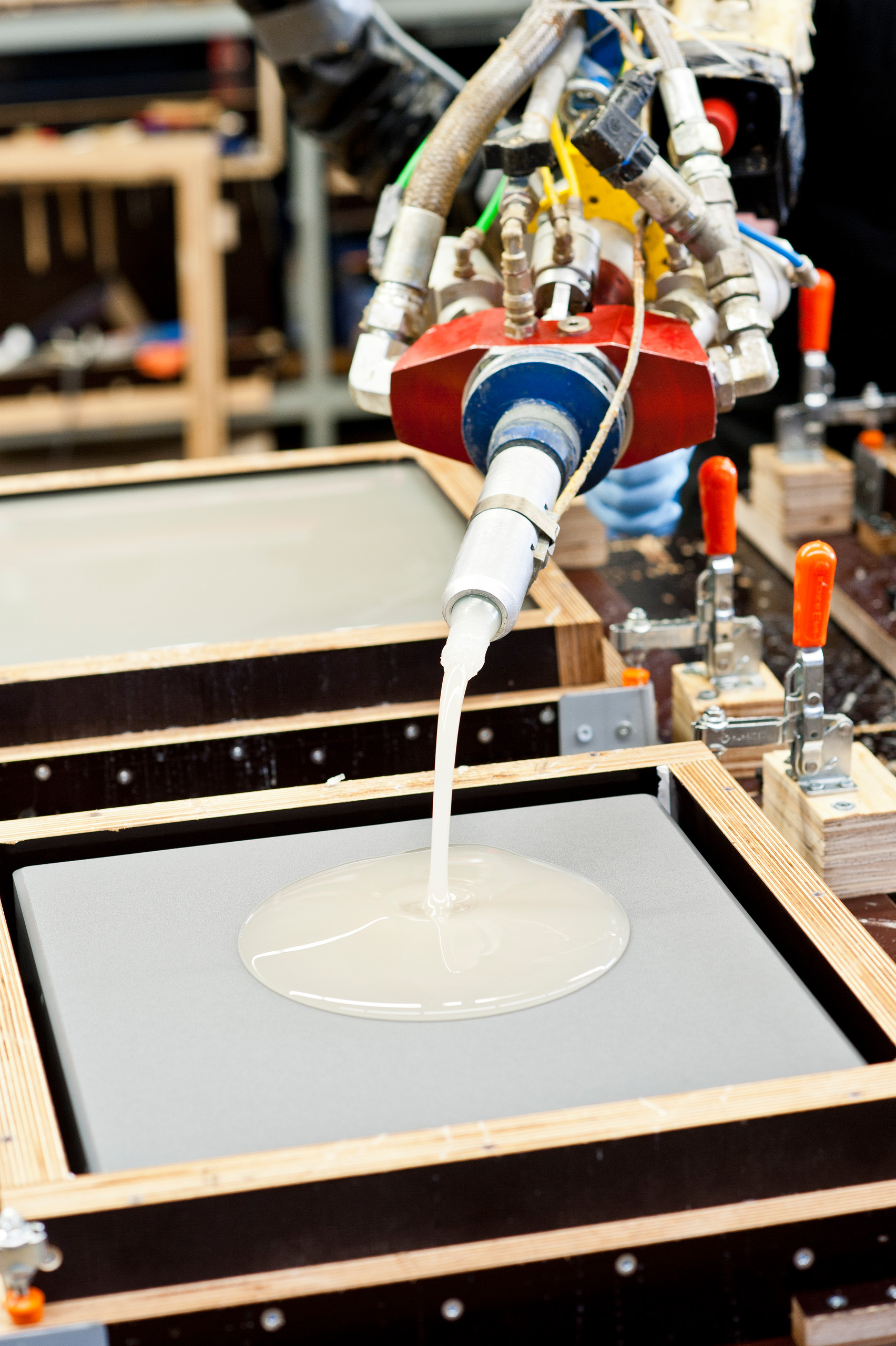 Customised solutions for the Wetcast and Precast sector

The WASA CONSTRUCT division within the WASA Group is growing at an unexpectedly high rate. 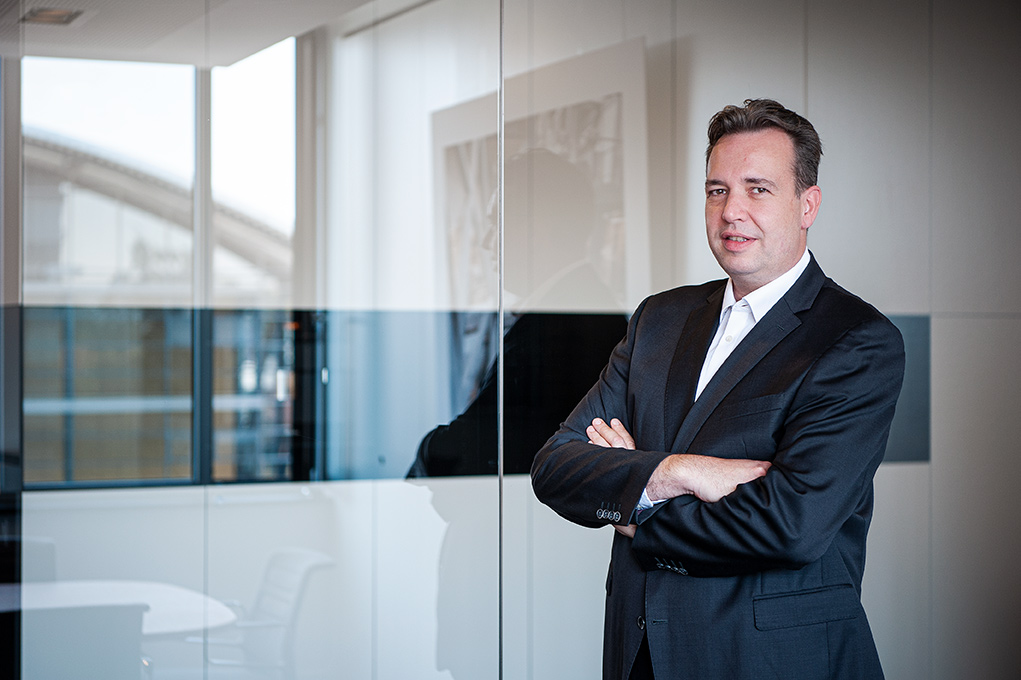 Tobias Hess becomes new member of the WASA AG board of directors. 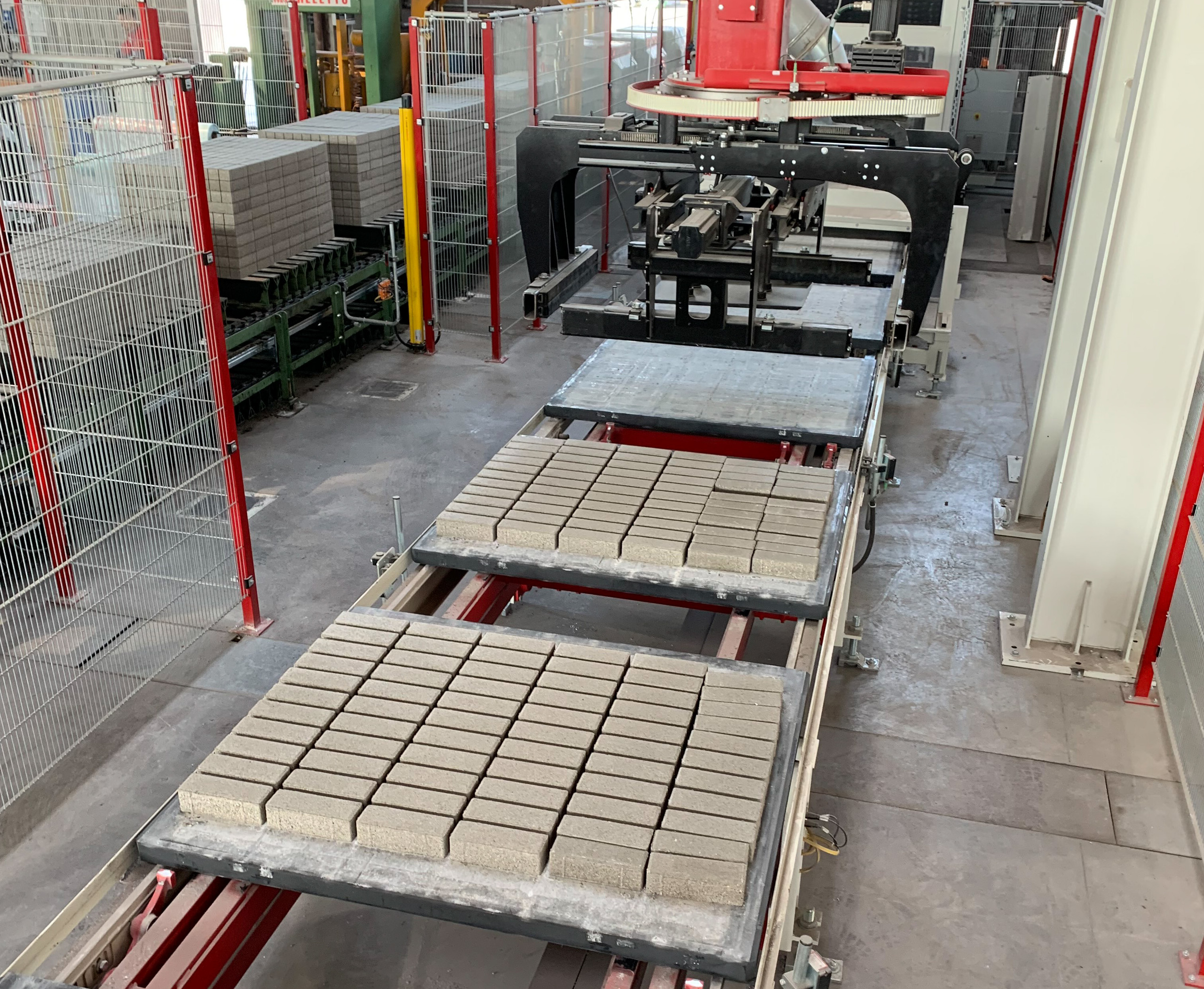 The Italian cooperative association, consisting of Micheletto s.a.s., Pavesmac s.r.l. and Antolini M.C.E. Manufatti Cemento Edilizia s.r.l., would like to set the standards in Italy... 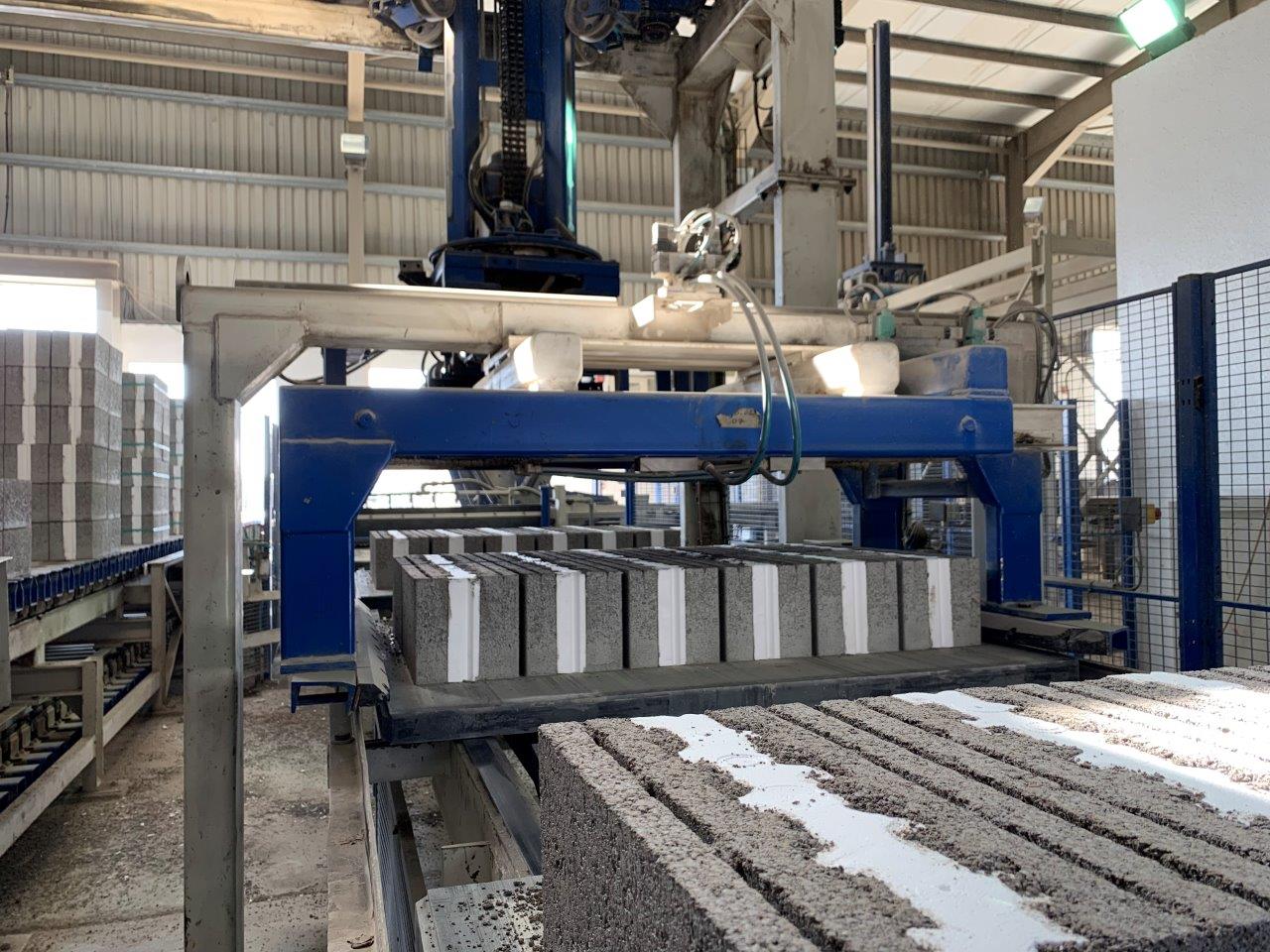 Appropriate production boards, which bring the performance of the machine into the stone product to be manufactured, also belong in a high quality static board machine and circulation plant. 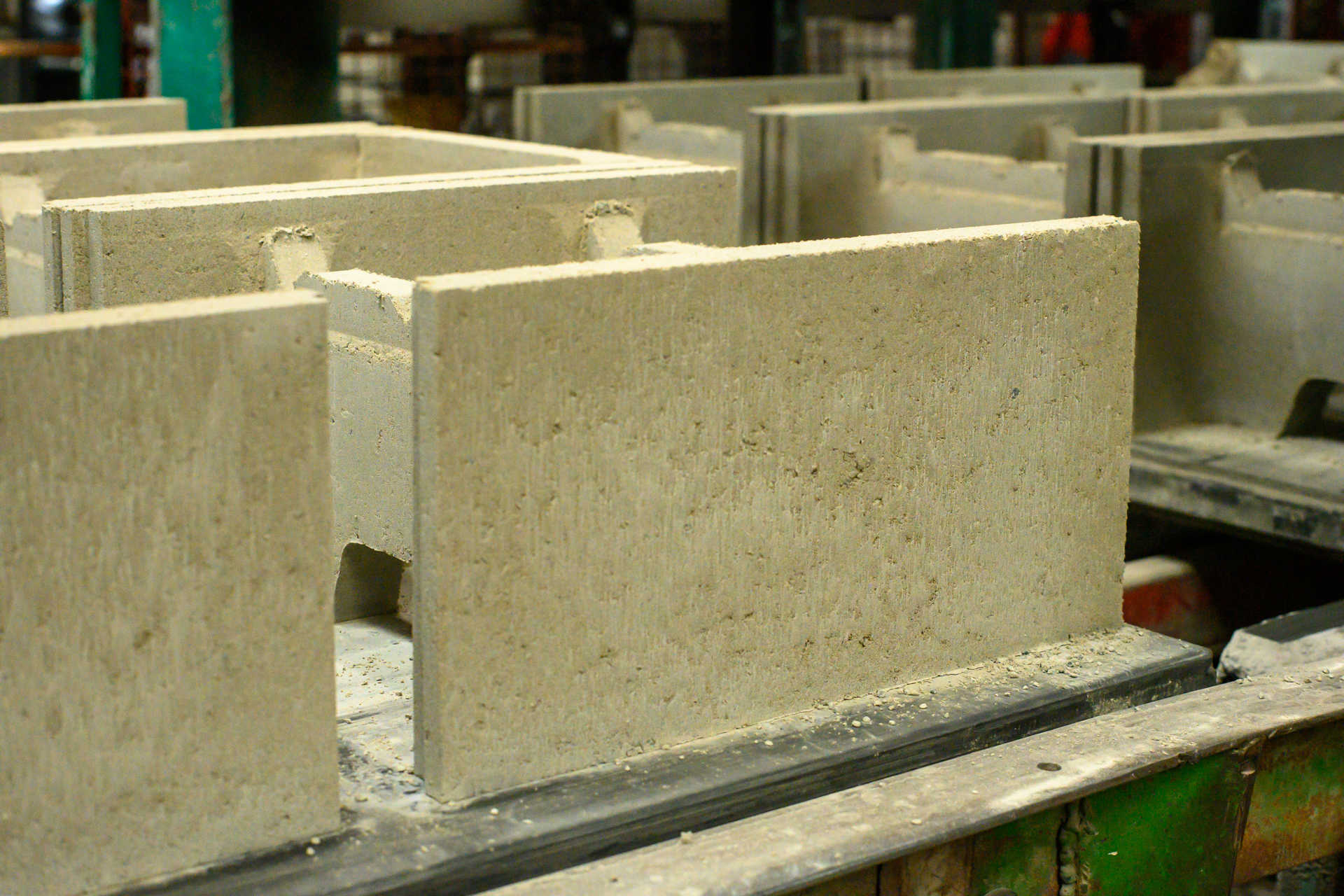 Betonwerk Pallmann GmbH, based in Dollern, has been producing high-quality concrete products for the national market at this location since 1978. 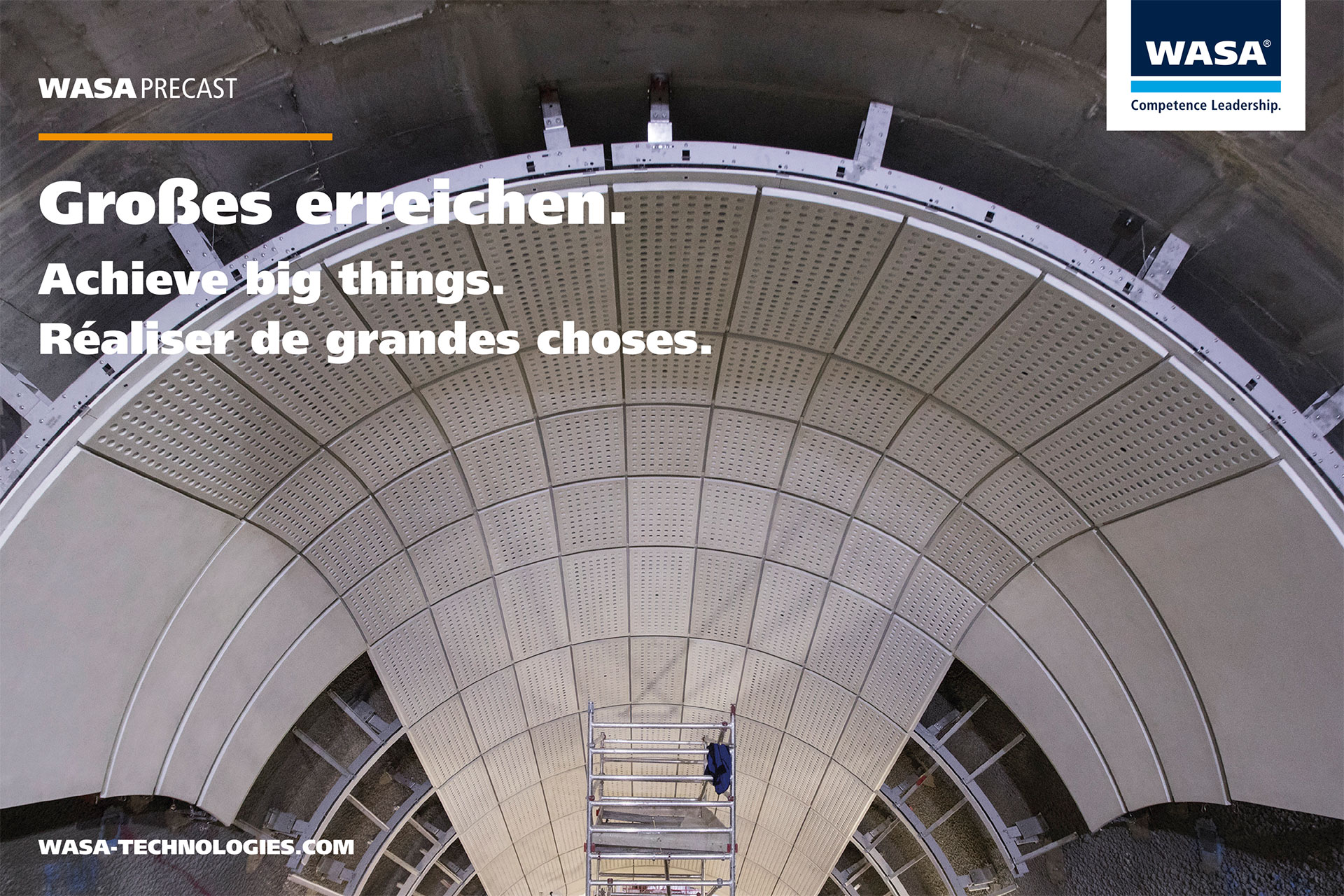 Successful participation of WASA at the Batimat 2019.

The Batimat is one of the world's leading building fairs. It brings together the most comprehensive range of products, equipment and services in the world and the largest number of French 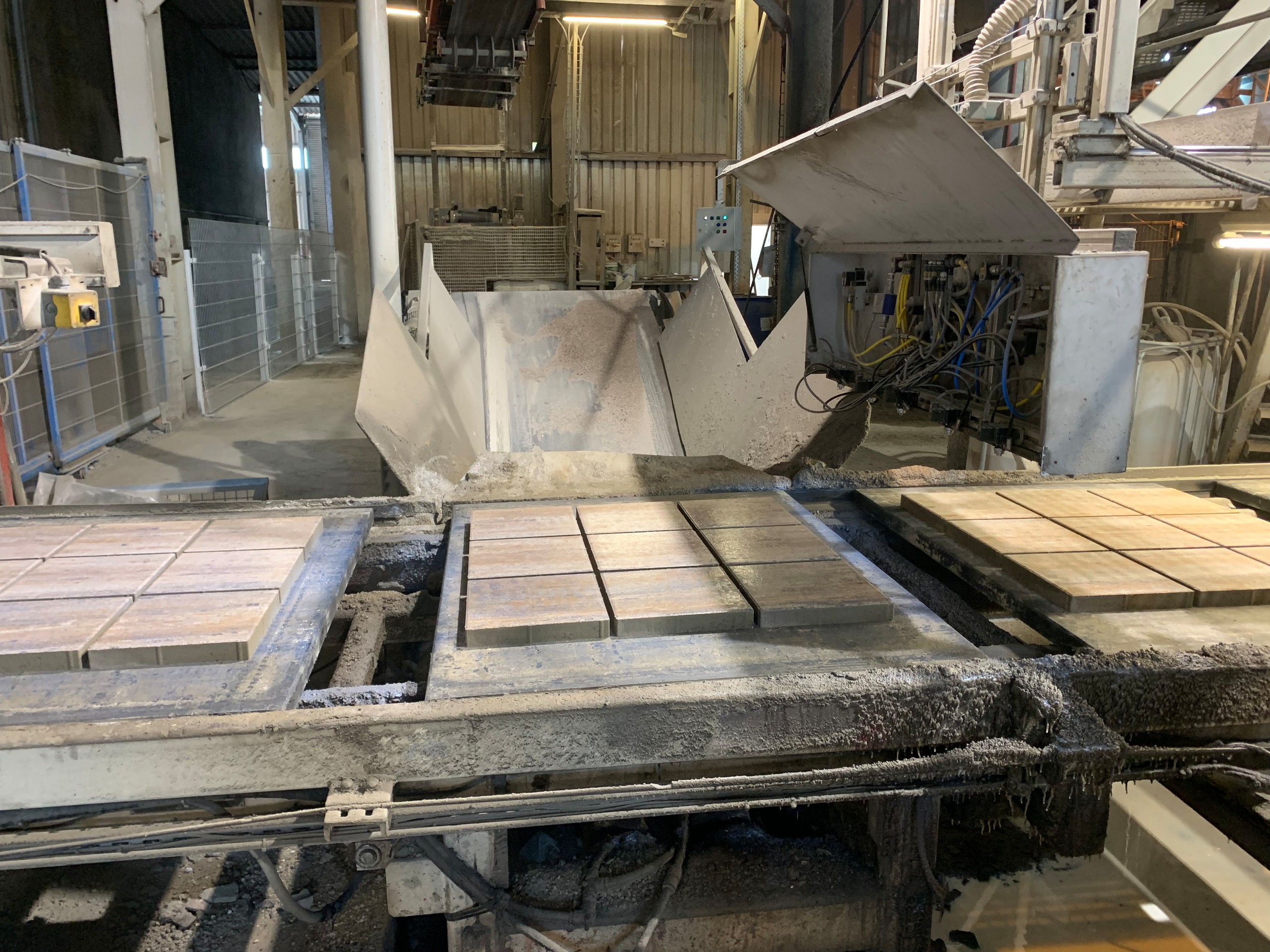 Georg Huber Betonsteine GmbH can look back on a long and extremely successful history. High-quality concrete products have been manufactured at the only site in Altomünster, Bavaria, Germany, 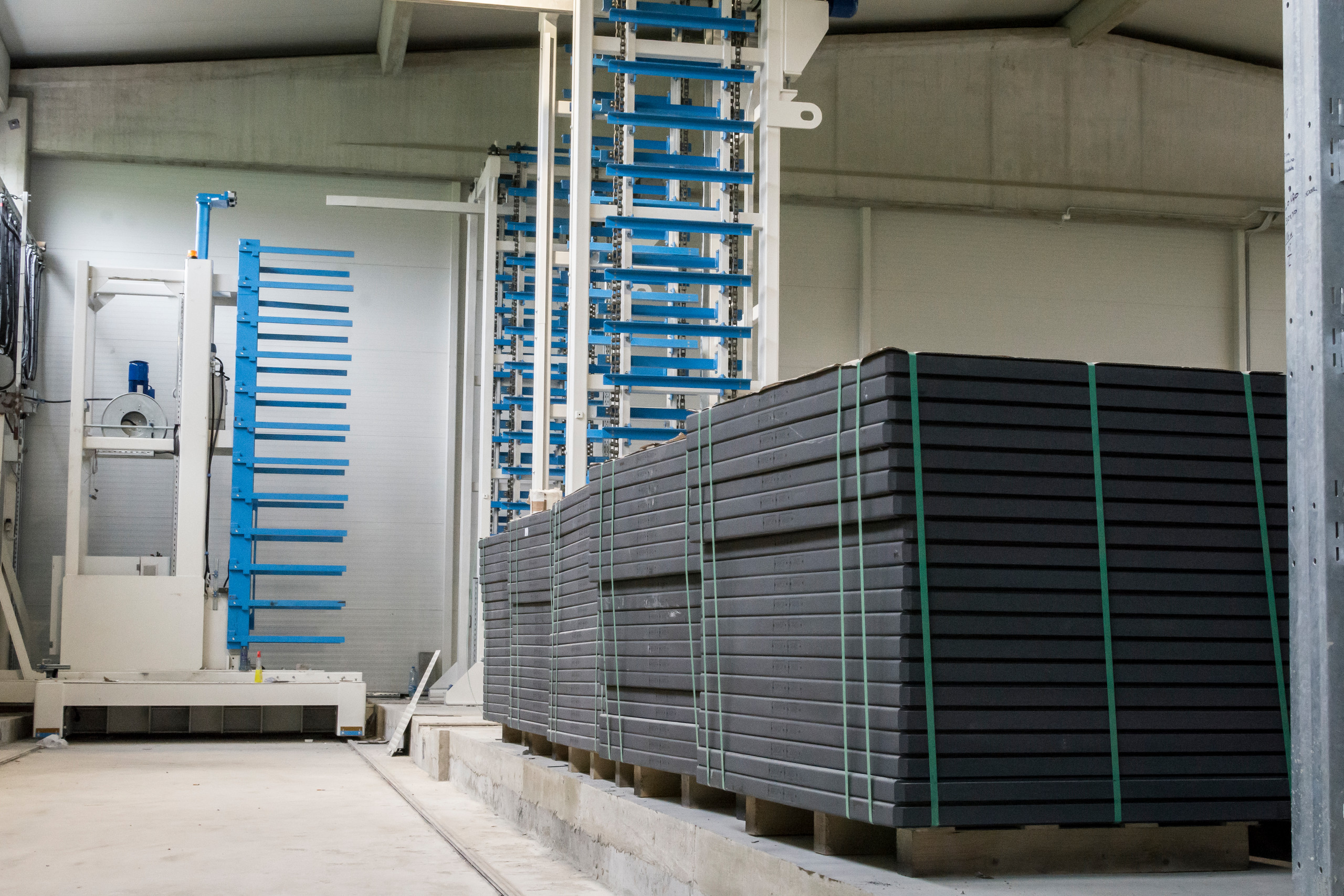 The company Arhibet was founded in 2007 by Mr. Marko Mitic and Mr. Aleksander Stojanovic in Niš, Serbia. The city of Niš is located about 250 km southeast of the Serbian capital Belgrade. 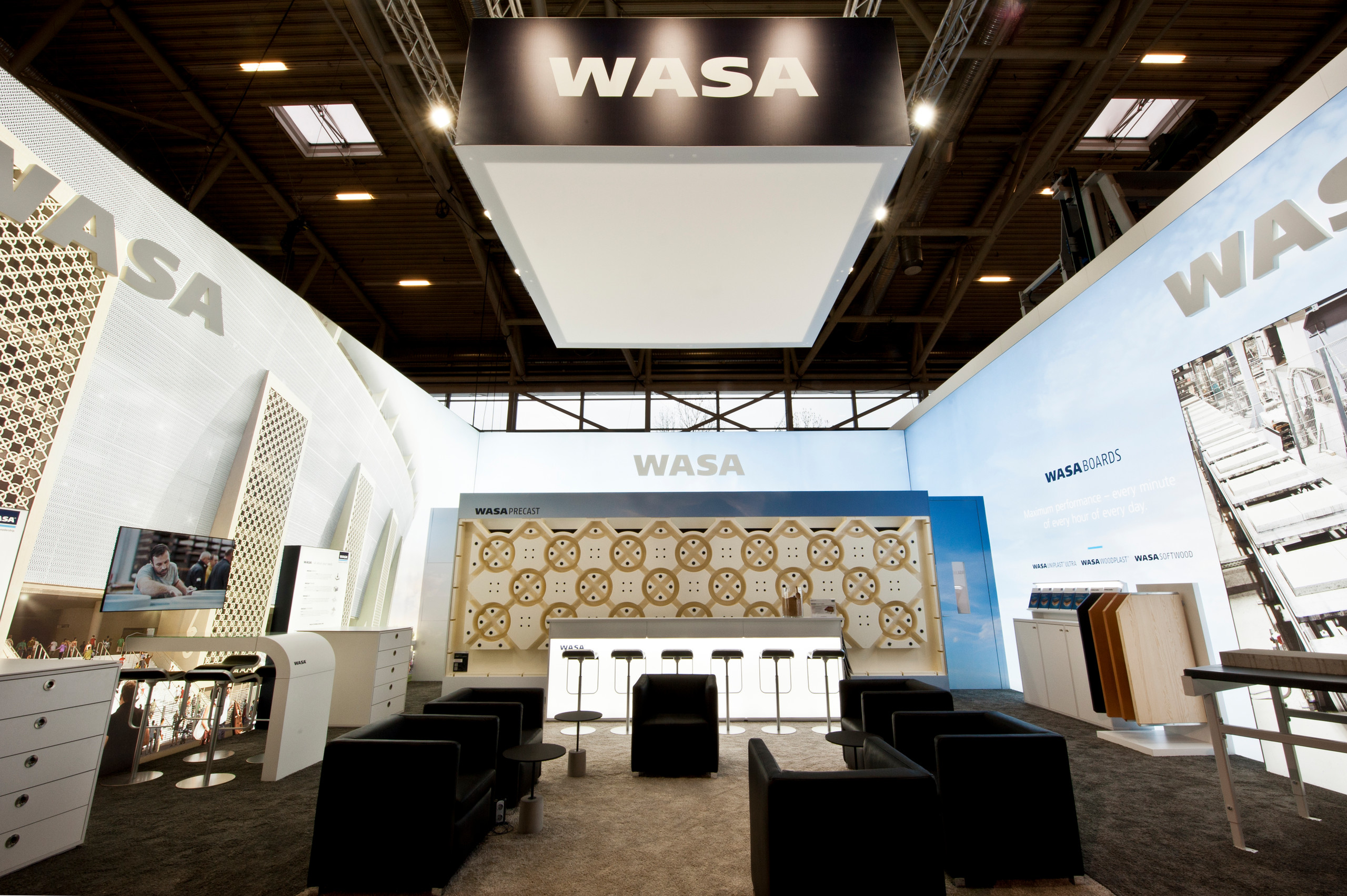 The name WASA has stood since 1960 for high quality production boards. The Hessen and Thuringia-based company extended its product range in 2007 by polyurethane moulds for the wetcast industry.

KBH Baustoffwerke Gebhart & Söhne GmbH & Co. KG, based in the Allgäu, has for decades enjoyed an outstanding reputation as a manufacturer of high-quality concrete products.

Following the establishment in 1980 of what at that time was WASA Unterlagsplatten GmbH, which initially concerned itself, ...

In Schüttorf in the district of Grafschaft Bentheim, Lower Saxony, there is a concrete and precast plant that is intent on impressing not only through its sheer size, but also through top quality, ...

From digital prototype to concrete element

The situation and demand for concrete products is very good in the concrete block industry.

Lithonplus more and more turns away from coated plywood ...

The CS-Beton s.r.o. company, with headquarters in Litoměřice, is one of the leading concrete product manufacturers in the Czech Republic.

No need to invest in new boards, old ones can be repaired

Even with all the care, things still can go wrong. It happened to the company EBN in Neumünster Germany that due to a loosening screw under a mould, ...

Planners and architects no longer consider the various concrete products to be isolated from each other.

For Viastein in Hungary WASA supplied fiberglass boards of the latest version.

Expansion of the plant equipment to reduce delivery times

Around 1.5 Mio EUR WASA is investing in its production facility in Thuringia in order to increase production capacity for WASA UNIPLAST® ULTRA.

Even after years, the lightweight for large forces is still just as impressive as with the first cycle

High-performance plastic meets inexpensive softwood board in the WASA WOODPLAST® production board.

In addition to its existing product range WASA now offers spare parts made of Polyurethane.

Production boards made from wood

Nowadays numerous concrete workers rise the challenge to produce WETCAST forms with simple mediums for a small – and for a stone batch.

WASA AG presents itself at the SEEBBE in Belgrade

It was the first time that WASA AG participated in the SEEBBE fair in Belgrade. The trade fair took place from 19th to 23rd April 2017 in Serbia’s capital Belgrade.

Phoenix Concrete Products, a concrete product manufacturer based in Dubai, outputs 150,000 concrete blocks each day on a production and office area totalling 50,000 m2.

WASA has been producing cast resin moulds from polyurethane and silicone in Neubrunn, southern Thuringia, for eight years now.

One of the most significant manufacturers of concrete block products in Slovakia, Austria Beton Werk (ABW) from Králová pri Senci, ...